Looking for a good book to keep you awake tonight?

Does fantasy, crime, thriller, science-fiction and suspense make a rush of adrenaline in your blood?

Then you should be reading Dean Koontz Books– a bestselling author. He also covers these genres in a pitching way. The reader is bound to get lost in the world created by Dean Koontz in his books.

For all the horror-thrill seekers, we have compiled a list of Best Dean Koontz Books so that you can enjoy all the stone-cold classics by him.

Though Dean Koontz had been writing for over a decade but Demon Seed was his First Best Seller. The plot takes you to the times when computers and digital systems are ruling the houses. Susan, a rich-women, lives a life of complete leisure and seclusion in a huge mansion with high security.

Suddenly her security is breached and her house is taken control over by the insidious artificial intelligence.

In the depths of her home, a terrible act of terror takes place and Susan finds herself impregnated. The fetus is not a normal-human fetus but a special bio-engineered fetus.

The story revolves around the battle Susan has engaged in to save herself. Of all the Dean Koontz Books, Demon Seed can be considered as the best science-fiction story with a side of dark humor.

This Book by Dean Koontz revolves around Thomas who is living a typical life, budding in his love life and endearing people’s heart by the delicious food he makes. His absconding character has been carefully sculptured. Thomas’s life has a twist in it, he is blessed with a gift of sacred signs or doomed with a curse.

He possesses the power to communicate with the dead, who seek his help looking for justice and aid his as a team of informants.

Thomas attempts to live an unpretentious life when he finds himself in a traumatic situation. The plot revolves around a weird man Thomas encounters, who is surrounded by numerous paranormal entities.

The man is loaded with evil intentions to bring a catastrophe in Thomas’s beloved town. With only 24 hours in his hands, Thomas sets out to investigate, shifting through prisms of the world, to seek justice for his silent friends- at his peril.

Phantoms involves a mysterious force taking hold of a small village. The plot features two sisters who come home to find their town abandoned. Things began to unfold when they come across a puffy, warm lifeless body.

With 150 deaths and a massive number of people disappearing into thin air, the sisters are set to find the truth.

The Enemy, sleeping underground, arouses once in a while to devour each living thing in its way. It has the power to ingest the cognizance of its victims. It’s theorized that numerous secrets from history, similar to the Roanoke fiasco, were in reality brought about by the Enemy.

Determined to get to the base of the riddle, the sisters plead the assistance of the military’s Biological Investigation Unit, who are similarly astounded. This disarray plunges to awfulness when one of the victims leaves them a name from beyond the grave.

This horrifying book by Dean Koontz is personally one of my favorites.

Life Expectancy is a controversial book by Dean Koontz. The characters are unique, and the plot is full of tremors and amazement for the readers.

The story takes off with a couple proceeding to the hospital to deliver their son. Who knew that some life-changing events are destined to happen.

A baby enters the world, the same instance his grandfather leaves it. He made a few heart-wrenching predictions about his grandchild Jimmy.

The book unfolds with Jimmy’s life events, featuring all those crucial moments once predicted. Also, with every obstacle he faces, he will draw nearer to a destiny he would never have envisioned.

The reality turns into a puzzle as hazardous as it is wondrous – a battle against a dark force so pervasive, only a human good at heart can shine through. It’s a book beyond your wildest and spookiest imagination.

This Dean Koontz book is written in a descriptive style. The plot and subplots keep the readers intrigued throughout the book. The story unveils escalating horror when residents of Moonlight cove loose sense of their emotions.

The majority succumb to evil while the rest are barbarically slain during darkness at night. The monsters of the darkness exist for no other reason than to kill others.

This book follows the tales of four survivors of an alarming occasion that begin as individual stories and afterward mesh themselves into a focal story. The survivors need to endure the fear and the wild surges of the night in this story.

This piece of literature is a magnificent blend of repulsiveness, sci-fi, horror and anticipation. With a tinge of a love story in it, the book is one of the most different writings of the author.

​
If you are a suspense buff then this wondrous work of Dean Koontz is for you. The story starts with a college student, Chyna Shephard, facing trouble in sleeping. Her sleep deprivation ends up being a surprisingly positive turn of events, as a psychopath breaks in and murders everybody.

Chyna’s main focus is to escape but her plans change, when she finds a little girl imprisoned by the killer.

Chyna needs to gear up all her valor, strength and creativity to save the girl from the torment of Vesel- the imprisoner. The book takes the reader through a journey that is troublesome, nerve-racking and full of peril.

Will Chyna have the option to save the young lady without losing herself in the horrifying game of slaying flesh and blood?

From the Corner of His Eye

Similar to Midnight, this book also takes the stories of three different people and weaves them into one unified route towards valor, agony and conviction. Following the perception of “There is a reason behind everything that takes place and one’s actions affects the lives of others”.

Bartholomew lives his life. His childhood was shadowed with loss of sight, due to the spread of chronic cancer. For Bartholomew, the world changed drastically when he suddenly regained his sight after a decade of blindness. Many questions arise.

Why? How? When? Things began to unfold in the mesmerizing chapters of the book, keeping the reader glued to it.

Never in his wildest dreams did Bartholomew know that a ruthless man embarks on a journey to kill him, due to a prediction done on his birth.

Unknown to the predator and prey is that another girl’s destiny is mystically attached to them. A girl who was a result of a terrible act of violence.

The plot features the story of Mr. Benjamin Chase who is a medically discharged army officer. He finds himself in a situation where a woman is being murdered. He saves the women and thinks all is well now.

But who knew that the killer would swap his target? Of all people, Mr. Chase is at the receiving end of threatening calls. Dealing with drinking issues, Mr. Chase finds himself amidst multiple turns of events.

At the point when society is wiped out, the mad people are being rational – and oppression is a killer’s game, what will Mr. Chase do to save his life?

A suspense book by Dean Koontz which swiftly takes you into an action-filled journey.

A novel full of ultimate suspense, tragedy and immense horror- This is a best-selling book by Dean Koontz. A darker yet mysterious version of Memento, this book takes you in the life of Frank Pollard.

A man who is facing memory issues is being attacked by a psychopath and is on a constant run. Frank for the peace of his mind, appoints a couple for his security.

Bobby and July- two amazing characters of the book take it upon themselves to fix the puzzle of these mysterious attacks on their boss.

As they plunge deeper into the case, they become more terrified and spellbound. It’s a fate they can not change as the destiny was written long before Frank was born. Frank is destined to succumb to the call of destiny in the hands of his mystical foe.

This book features a twisty plot mixed with just the right amount of drama, suspense, action and savage events. Harry Lyon along with Collie Gulliver is the main character of our story. Their life is moving in a rhythm until Harry finds he has few hours left to live.

The book is a race with time- a time so short that it will be ending in sixteen hours. Harry and Collie set out to find the bitter truth. The truth behind the unusual violence in their hometown.

With a series of events, multiple revelations are made by the author of the book – Dean Koontz.

Now we have reviewed and discussed a few of the best Books by Dean Koontz. There are multiple movies as well which are based on the author’s novel. You can enjoy those movies to get an action-packed look into the book. 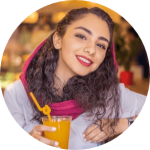 Hi, there, I am Lisa – BS Hons (Sustainability) and Welcome to “GreenMetropolis“. I am excited to see you here. I am an environmentalist, and zero-waste, self-sufficiency wannabe. I am very much interested in Ecology too.

I advocate on sustainable living and reducing the carbon footprint as much as we can. I promote Eco friendly, green and healthy living.

Let’s work together to make our Planet Earth more greener and cleaner by using Eco Friendly, Reusable products and use Renewable sources of energy.

GreenMetropolis is Your #1 Resource for Eco-friendly and Green Products for Sustainable Life.

At GreenMetropolis we review Reusable and Safe Products that are toxic and plastic-free.

GreenMetropolis is striving to reduce carbon footprints and start living a conscious and adopt a healthy lifestyle which is good for both humans and planet Earth.

We also write about tips on how to lead a sustainable lifestyle.

GreenMetropolis is a participant in the Amazon Associates Program, an affiliate advertising network to provide means for publishers and site owners to earn a small advertising fee by linking to Amazon Products.

If you buy any eco-friendly product from GreenMetropolis, we earn a small commission at no additional cost to you. This helps us keep you well informed about sustainable and green living.

Scroll back to top